Highlights of the Senate Healthcare Bill

by | Jun 22, 2017 | Health, Individual and Family Health Insurance, Subsidy through the Exchange 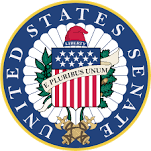 The Senate health bill resembles the House health bill with a couple of changes. I’m sure there will be tons more changes before this passes. Here are some of the highlights:
-Eliminates ObamaCare’s mandate that every American carry insurance.
-The Senate also backs away from some last minute House concessions that would have allowed states to opt out of several protections for those with pre-existing conditions, but insurers would not be allowed to charge higher premiums to those with pre-existing conditions.
-Subsidies will continue for 2 years although they are coming up with a new formula to determine who gets a subsidy and who much. Fewer middle class folks would get help because only those earning up to 350% of the poverty level would qualify, rather than the 400% threshold contained in Obamacare.
-Eliminates the ‘Enhanced’ plan benefits.
-Loosens requirements in Obamacare that health plans all cover a basic set of benefits like no limits on coverage.
-Phases out Medicaid’s expansion program and caps Medicaid (MediCal in CA) spending. It basically puts the entire Medicaid program on a budget, ending the open-ended entitlement that now exists.
-Repeals, retroactively to the beginning of 2016, the “employer mandate,” which requires large employers to offer health insurance to workers or be fined.
-Repeals the 3.8 percent tax on net investment income, to the start of 2017.
-Strips Medicaid funds from Planned Parenthood clinics for one year.
-Health plans that offer abortion services would not be eligible for the subsidies.
The bill is likely to come to the Senate floor next week. They’d like to get it done before the 4th of July recess.
The Senate has 52 seats and the bill would have to pass by 50 with Vice President Mike Pence breaking the tie.  They may have already lost one vote — Senator Rand Paul, Republican of Kentucky, has indicated that the bill is too liberal for him.
Resources:
http://www.latimes.com/politics/la-na-pol-senate-obamacare-20170622-story.html
https://www.washingtonpost.com/news/powerpost/paloma/the-health-202/2017/06/22/the-health-202-here-s-what-s-in-the-senate-health-care-bill/594aa367e9b69b2fb981dde9/?utm_term=.3064dd1601a4
http://www.cnn.com/2017/06/22/politics/senate-health-care-bill/index.html
https://www.nytimes.com/2017/06/22/us/politics/senate-health-care-bill.html